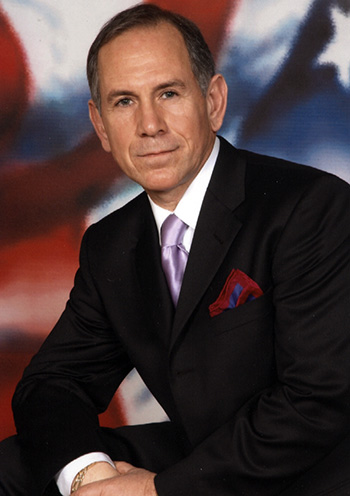 They understand the discipline, hard work and commitment to excellence and to a dream required to master such feats. He has become a consummate martial artist. He credits discipline, hard work and dedication to becoming the best. In 1993 Maurice received the Presidential Sports Awards from President Bill Clinton. Winning with honor has made Maurice a hero to both adults and children alike. He has been featured in over 250 magazines and newspapers, participated in over 750 Championships worldwide, and has accumulated over 700 trophies and over 62 gold medals in fighting and breaking and self defense.

Maurice has been inducted into over 200 Hall of Fames worldwide. He holds eight World Records in breaking, splitting five 1” boards with speed head break, shattering 105 sheets of glass with an elbow strike, and 50 sheets of glass with a knife hand strike, breaking five 1” boards with a flying side kick over six chairs. Breaking 5 pieces of 1” thick boards simultaneously with flying side kick with each leg while in mid air, won Maurice his 6th World Championship Title. Maurice has perfected his art of breaking and transforming its potential to fighting and made him a master fighter. He is known as the “World Champion Greatest Martial Arts Daredevil,” and the Architect of martial arts. Guinness World Records Organization awarded him the title of “A Renaissance Man,” and most outstanding martial artists at all time. He was nicknamed, “The Houdini and Architect of Martial Arts,” in September 2000 after his performance in “Oriental World of Self Defense” at Madison Square Garden, New York City, movie star, Chuck Norris presented him with the world champion belt, which was engraved, “World Extreme Daredevil Champion” and said to Mr. Elmalem, “You are a great champion.”

The two most recent Guinness World Records held by Maurice Elmalem were established in 2001. He shattered 50 sheets, amounting to 8½ inches of glass, with a karate chop at Fox Studios in Hollywood, California. It was televised on Fox Channels worldwide. That led to movie productions on Maurice’s life, bio on Guinness Prime Time. In April 2002, Maurice established a new world record at Budo Martial Arts Magazine Studio in Madrid, Spain, breaking a hundred sheets of glass reaching to 13 inches high and in May 2003, Maurice established a new world record at Placio de Vistalegre in Madrid, Spain, breaking a hundred and five sheets of glass measuring 13? inches high with one single elbow strike downward. In 2005 he established a new world record by breaking 56 sheets of glass with round house kick barefooted at Madison Square Garden, NYC. In 2006. Maurice won his Best of the Best Champion Belt at the Arnold Sports Festival, Ohio hosted by Gov. Arnold Schwarzenegger. With his outstanding grades in school and high IQ he has achieved and experienced much in his life. He is a gifted musician, artist, sculptor, marathon runner, gymnast and acrobat, photographer, craftsman, a real estate developer and architectural designer, actor and movie producer. He studied at Columbia University and New York University. Maurice is listed several times in “Who’s Who” in the East for outstanding contribution to Architectural Design in 1999 and was voted among the Top 400 General Contractors in the U.S.A. by Engineering Report Magazine.

His Motto is, Work hard and go for the best, win and nothing less. Author of three books The Will Power, Fighting Dynamics The Sport for Champions, and Breaking Unlimited The Complete Version, producer and creator of 44 instructional DVD programs, and editor of Budo Martial Arts Magazine. In 2015 GM Maurice was inducted into the Sports Karate Museum in Houston Texas, with his uniform, photos and belts permanently displayed there. GM Gary Lee recognize him as one of the most dynamic performers to do public demo in the world. In addition in 2015 Maurice was inducted to “The Martial Arts History Museum in California as one of the most respected leaders in the marts arts community with his photos in several magazine front covers displayed permanently on the museum wall. In 2017 Washington DC, Maurice was inducted into Who’s Who Legends of the Martial Arts. He was a distinguished guest of the Government of Korea, Cayman Islands, Israel, France, Spain, Canada and USA. In 2018 he received the Bruce Lee Hall of Honors distinguished award in Ohio.

On 9.16.2018 GM Maurice received his official 8th Dan Black Belt from the Korean Taekwondo Moo Duk Kwon Certificate. GM Maurice was inducted in the 2017 Who’s Who In the Martial Arts Book  in  Washington DC. In 2018 he received his 19th Hall of Honors Award  from  Action Martial Arts  Magazine. On 4/18 he was featured on Channel 5 Fox Sports News with his new program “Essential Self Defense for every one simple to use”.